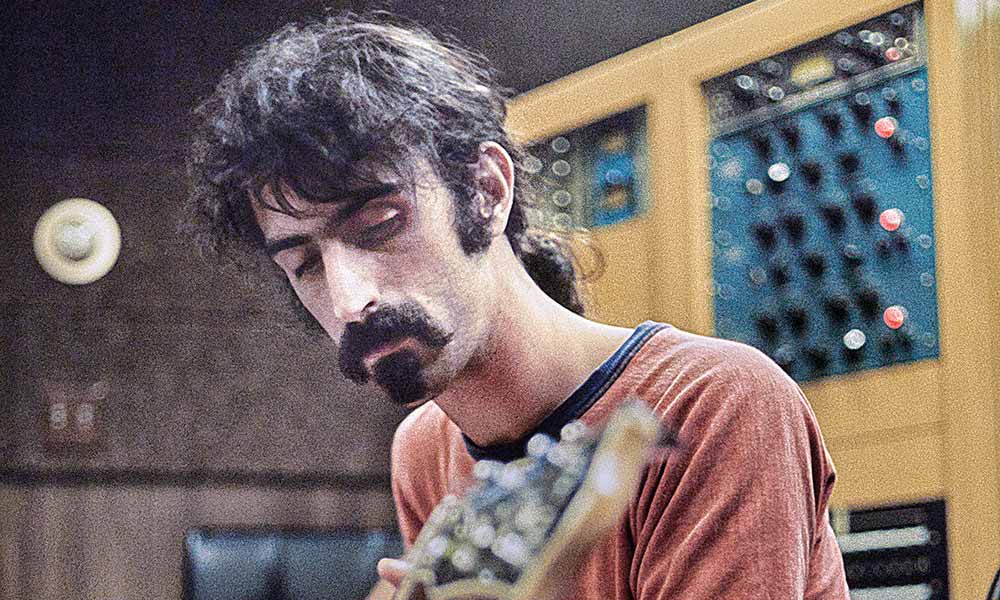 Frank Zappa – the life and work

Frank Vincent Zappa was an American singer-songwriter, multi-instrumentalist, composer, and bandleader. His work is characterized by nonconformity, free-form improvisation, sound experiments, musical virtuosity, and satire of American culture. In a career spanning more than 30 years, Zappa composed rock, pop, jazz, jazz fusion, orchestral and musique concrète works, and produced almost all of the 60-plus albums that he released with his band the Mothers of Invention and as a solo artist. Frank Zappa also directed feature-length films and music videos, and designed album covers. He is considered one of the most innovative and stylistically diverse rock musicians of his era.

As a self-taught composer and performer, Zappa’s diverse musical influences led him to create music that was sometimes difficult to categorize. While in his teens, he acquired a taste for 20th-century classical modernism, African-American rhythm and blues, and doo-wop music. He began writing classical music in high school, while at the same time playing drums in rhythm and blues bands, later switching to electric guitar. His 1966 debut album with the Mothers of Invention, Freak Out!, combined songs in conventional rock and roll format with collective improvisations and studio-generated sound collages.

Zappa’s output is unified by a conceptual continuity he termed “Project/Object”, with numerous musical phrases, ideas, and characters reappearing across his albums. His lyrics reflected his iconoclastic views of established social and political processes, structures and movements, often humorously so, and he has been described as the “godfather” of comedy rock.

Frank Zappa was born on December 21, 1940, in Baltimore, Maryland. His mother, Rosemarie (née Collimore), was of Italian (Neapolitan and Sicilian) and French ancestry; his father, whose name was anglicized to Francis Vincent Zappa, was an immigrant from Partinico, Sicily, with Greek and Arab ancestry. Frank Zappa was under the mistaken impression that he had been named exactly after his father for most of his life. It was only many years later that Zappa examined his birth certificate and discovered that, in fact, his first name was Frank, not Francis.

Frank, the eldest of four children, was raised in an Italian-American household where Italian was often spoken by his grandparents. The family moved often because his father, a chemist and mathematician, worked in the defense industry. After a time in Florida in the 1940s, the family returned to Maryland, where Zappa’s father worked at the Edgewood Arsenal chemical warfare facility of the Aberdeen Proving Ground run by the U.S. Army.

Zappa was often sick as a child, suffering from asthma, earaches and sinus problems. A doctor treated his sinusitis by inserting a pellet of radium into each of Zappa’s nostrils. At the time, little was known about the potential dangers of even small amounts of therapeutic radiation, and although it has since been claimed that nasal radium treatment has causal connections to cancer, no studies have provided enough evidence to confirm this.

In 1990, Frank Zappa was diagnosed with terminal prostate cancer. The disease had been developing unnoticed for ten years and was considered inoperable. After the diagnosis, Zappa devoted most of his energy to modern orchestral and Synclavier works. Shortly before his death in 1993 he completed Civilization Phaze III, a major Synclavier work which he had begun in the 1980s.

In 1991, Zappa was chosen to be one of four featured composers at the Frankfurt Festival in 1992 (the others were John Cage, Karlheinz Stockhausen, and Alexander Knaifel). Zappa was approached by the German chamber ensemble Ensemble Modern which was interested in playing his music for the event. Although ill, he invited them to Los Angeles for rehearsals of new compositions and new arrangements of older material. Frank Zappa also got along with the musicians, and the concerts in Germany and Austria were set up for later in the year. Frank Zappa also performed in 1991 in Prague, claiming that “was the first time that he had a reason to play his guitar in 3 years”, and that that moment was just “the beginning of a new country”, and asked the public to “try to keep your country unique, do not change it into something else”.