Canada the Story of Us – The Canadian Experiment (1976 – 1999) – Brave Canadians take a stand for their rights and freedoms in a multicultural Canada.

Canada seeks to navigate the complexities of its diverse population, keeping its borders open to those who have nowhere else to turn while trying to negotiate a new relationship with Indigenous peoples. The Canadian Experiment – this unique example of nationhood serves as an example for the world as Canada moves into the 21st century.

Canada the Story of Us – The Canadian Experiment

The CN Tower: a symbol of Canadian ingenuity (1976)

In 1973, work began on one of the most ambitious projects in Canada’s history, the CN Tower. Built to demonstrate Canadian ingenuity and industrial might, it was completed in 1976 as the tallest freestanding structure in the world (at over 1,800 feet tall). Consisting of a total mass of 118,000 tonnes, it serves a symbol that anything is possible in Canada.

The CN Tower (French: Tour CN) is a 553.3 m-high (1,815.3 ft) concrete communications and observation tower located in Downtown Toronto, Ontario, Canada. Built on the former Railway Lands, it was completed in 1976. Its name “CN” originally referred to Canadian National, the railway company that built the tower. Following the railway’s decision to divest non-core freight railway assets prior to the company’s privatization in 1995, it transferred the tower to the Canada Lands Company, a federal Crown corporation responsible for real estate development.

At the end of the Vietnam War, hundreds of thousands of Vietnamese are languishing in refugee camps across Asia. Canadians like Howard Adelman band together to make the unprecedented decision to welcome 60,000 Vietnamese refugees into the country.

After losing his wife, Tuyet Lan, and son, Trang, on the Malaysian coast, Nguyen Ngoc Ngan starts a new life from scratch in Canada. He tries everything from dishwashing to operating a grain elevator to get by, moving from Vancouver to Prince Rupert to Toronto. He finds his niche in a most unexpected industry: he becomes the co-host of Paris By Night, a variety show that becomes an international sensation for Vietnamese expats around the world.

When the Southern Quebec town of Oka wants to expand a golf course onto a Mohawk burial ground, the Mohawk barricade a road in protest. The situation blows up into a 78-day standoff between the Mohawk Warrior Society and Canadian authorities. On the day the Mohawk stand down, teenager Waneek Horn-Miller is caught in a chaotic skirmish between the two sides and is stabbed by a soldier’s bayonet. She’s traumatized, but with her mother’s help, finds the strength to keep going. Waneek goes on to become a Canadian Olympic water polo player.

The Mohawk people are the most easterly tribe of the Haudenosaunee, or Iroquois Confederacy. They are an Iroquoian-speaking indigenous people of North America, with communities in northern New York State and southeastern Canada, primarily around Lake Ontario and the St Lawrence River. As one of the five original members of the Iroquois League, the Kanienʼkehá꞉ka are known as the Keepers of the Eastern Door – the traditional guardians of the Iroquois Confederation against invasions from the east.

The Turban that Rocked the RCMP (1990) – The Canadian Experiment

In 1990, Baltej Singh Dhillon, a young Malaysian-born practising Sikh, is accepted into the RCMP on condition that he shave his beard and remove his turban in exchange for the standard-issue Stetson. Dhillon challenges the regulation. He doesn’t believe he should have to choose between practicing his faith and serving his adopted homeland.

Dhillon’s challenge sparks a public debate across the country. He is subject to racist treatment both from outside and within the RCMP, but he takes it all in stride and sticks to his guns. Citing the Charter, the Solicitor General rules in Dhillon’s favour, amending the RCMP dress policy to permit turbans.

At the age of six, John Amagoalik and his family of northern Quebec Inuit are relocated to bleak, freezing, Resolute Bay, in the high Arctic. They nearly starve to death, but against all odds, John becomes a major Inuit political leader.

Through years of rejection and perseverance, John and he fellow Inuit leaders pursue their dream for a new territory that will protect the Inuit way of life and allow them to administer themselves. The dream is finally realized on April 1, 1999 with the creation of Nunavut – The Canadian Experiment.

Nunavut is the newest, largest, and most northerly territory of Canada. It was separated officially from the Northwest Territories on April 1, 1999, via the Nunavut Act and the Nunavut Land Claims Agreement Act, though the boundaries had been drawn in 1993. The creation of Nunavut resulted in the first major change to Canada’s political map since incorporating the province of Newfoundland in 1949.

Nunavut comprises a major portion of Northern Canada and most of the Canadian Arctic Archipelago. Its vast territory makes it the fifth-largest country subdivision in the world, as well as North America’s second-largest (after Greenland). The capital Iqaluit (formerly Frobisher Bay), on Baffin Island in the east, was chosen by the 1995 capital plebiscite. Other major communities include the regional centres of Rankin Inlet and Cambridge Bay. 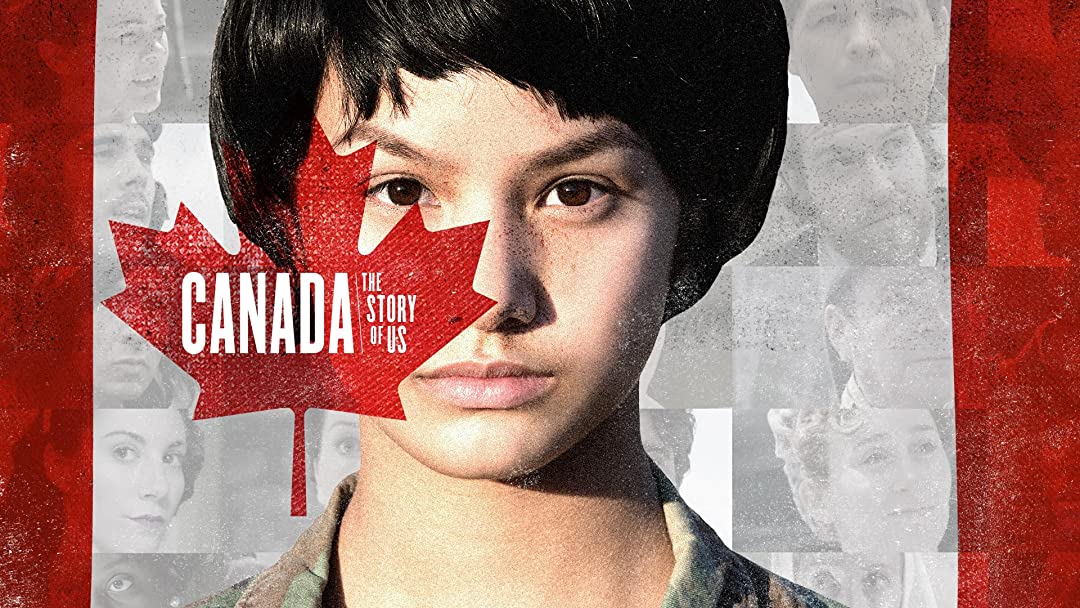 Canada the Story of Us – The Canadian Experiment - Brave Canadians take a stand for their rights and freedoms in a multicultural Canada.

Tags: Canada, Canada the Story of Us, Canadian Experiment, history