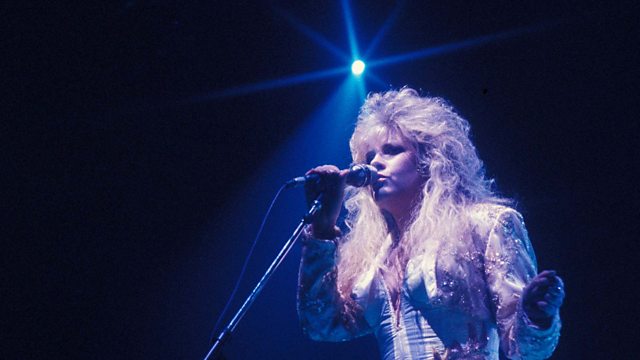 Fleetwood Mac: Don’t Stop: Their story, told in their own words, is an epic tale of love and confrontation, of success and loss. Fleetwood Mac are one of the biggest-selling bands of all time and still on the road.

Few bands have undergone such radical musical and personal change. The band evolved from the 60s British blues boom to perfect a US West Coast sound that saw them sell 40 million copies of the album Rumours.

However, behind-the-scenes relationships were turbulent. The band went through multiple line-ups with six different lead guitarists. While working on Rumours, the two couples at the heart of the band separated, yet this heartache inspired the perfect pop record.

Fleetwood Mac are a British-American rock band, formed in London in 1967. Fleetwood Mac were founded by guitarist Peter Green, drummer Mick Fleetwood and guitarist Jeremy Spencer, before bassist John McVie joined the line-up for their self-titled debut album. Danny Kirwan joined as a third guitarist in 1968. Keyboardist and vocalist Christine Perfect, who contributed as a session musician from the second album, married McVie and joined in 1970.

Primarily a British blues band at first, Fleetwood scored a UK number one with “Albatross”, and had other hits such as the singles “Oh Well” and “Man of the World”. All three guitarists left in succession during the early 1970s, to be replaced by guitarists Bob Welch and Bob Weston and vocalist Dave Walker. By 1974, Welch, Weston and Walker had all either departed or been dismissed, leaving the band without a male lead vocalist or guitarist. In late 1974, while Fleetwood was scouting studios in Los Angeles, he heard American folk-rock duo Lindsey Buckingham and Stevie Nicks, and asked Buckingham to be their new lead guitarist, and Buckingham agreed on condition that Nicks could also join the band.

The addition of Buckingham and Nicks gave the band a more pop rock sound, and their 1975 self-titled album, Fleetwood Mac, reached No. 1 in the United States. Rumours (1977), Fleetwood Mac’s second album after the arrival of Buckingham and Nicks, produced four U.S. Top 10 singles and remained at number one on the American albums chart for 31 weeks. It also reached the top spot in countries around the world and won a Grammy Award for Album of the Year in 1978. Rumours has sold over 40 million copies worldwide, making it one of the best-selling albums in history. Although each member of the band went through a breakup (John and Christine McVie, Buckingham and Nicks, and Fleetwood and his wife Jenny) while recording the album, they continued to write and record music together.

Rumours is the eleventh studio album by British-American rock band Fleetwood Mac, released on 4 February 1977 by Warner Bros. Records. Largely recorded in California in 1976, it was produced by the band with Ken Caillat and Richard Dashut. The band wanted to expand on the commercial success of their self-titled 1975 album. The group recorded the album in the aftermath of relationship breakups among its members and heavy drug use, both of which shaped the album’s lyrics.

Recorded with the intention of making “a pop album”, the album’s music included considerable pop rock sounds, characterized by accented rhythms and electric keyboards such as the Fender Rhodes and Hammond B3 organ. The album was postponed by delays in the mixing process. Following the album’s release, Fleetwood undertook worldwide promotional tours. Rumours became the band’s first number-one album on the UK Albums Chart and also topped the US Billboard 200. The songs “Go Your Own Way”, “Dreams”, “Don’t Stop”, and “You Make Loving Fun” were released as singles, all of which reached the US top 10, with “Dreams” reaching number one.

Rumours was an instant commercial success, selling over 10 million copies worldwide within just a month of its release. It garnered widespread acclaim from critics, with praise centred on its production quality and harmonies, which frequently relied on the interplay among three vocalists and has inspired the work of musical acts in different genres. It won Album of the Year at the 1977 Grammy Awards. It has sold over 40 million copies worldwide, making it one of the best-selling albums of all time. Domestically, it has received Diamond certifications in several countries, including the UK, Canada, and Australia, and has been certified 20× platinum in the US.

Fleetwood Mac: Don't Stop: Their story, told in their own words, is an epic tale of love and confrontation, of success and loss