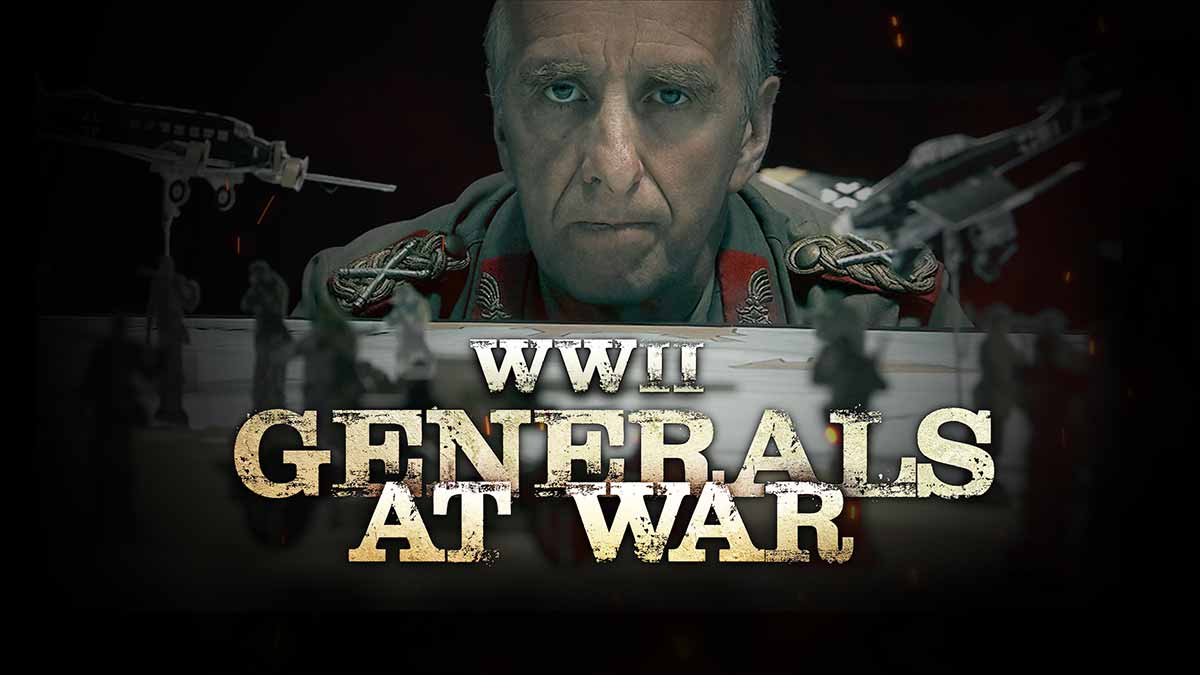 Generals At War episode 1 – El Alamein: After an undefeated record throughout North Africa, German Field Marshal Erwin Rommel has an opportunity to face off against a commander worthy of his skills: the new British commander, General Bernard Law Montgomery.

The First Battle of El Alamein (1–27 July 1942) was a battle of the Western Desert Campaign of the Second World War, fought in Egypt between Axis forces (Germany and Italy) of the Panzer Army Africa (Panzerarmee Afrika) (which included the Afrika Korps under Field Marshal (Generalfeldmarschall) Erwin Rommel) and Allied (British Imperial and Commonwealth) forces (Britain, British India, Australia, South Africa and New Zealand) of the Eighth Army (General Claude Auchinleck).

The British prevented a second advance by the Axis forces into Egypt. Axis positions near El Alamein, only 66 mi (106 km) from Alexandria, were dangerously close to the ports and cities of Egypt, the base facilities of the Commonwealth forces and the Suez Canal. However, the Axis forces were too far from their base at Tripoli in Libya to remain at El Alamein indefinitely, which led both sides to accumulate supplies for more offensives, against the constraints of time and distance.

The Allied victory was the beginning of the end of the Western Desert Campaign, eliminating the Axis threat to Egypt, the Suez Canal and the Middle Eastern and Persian oil fields. The battle revived the morale of the Allies, being the first big success against the Axis since Operation Crusader in late 1941. The battle coincided with the Allied invasion of French North Africa in Operation Torch on 8 November, the Battle of Stalingrad and the Guadalcanal Campaign.

Johannes Erwin Eugen Rommel (15 November 1891 – 14 October 1944) was a German general and military theorist. Popularly known as the Desert Fox, he served as field marshal in the Wehrmacht (armed forces) of Nazi Germany during World War II, as well as serving in the Reichswehr of the Weimar Republic, and the army of Imperial Germany.

Rommel was a highly decorated officer in World War I and was awarded the Pour le Mérite for his actions on the Italian Front. In 1937 he published his classic book on military tactics, Infantry Attacks, drawing on his experiences in that war. In World War II, he distinguished himself as the commander of the 7th Panzer Division during the 1940 invasion of France. His leadership of German and Italian forces in the North African campaign established his reputation as one of the ablest tank commanders of the war, and earned him the nickname der Wüstenfuchs, “the Desert Fox”.

Among his British adversaries he had a reputation for chivalry, and his phrase “war without hate” has been used to describe the North African campaign A number of historians have since rejected the phrase as myth and uncovered numerous examples of war crimes and abuses both towards enemy soldiers and native populations in Africa during the conflict.

Other historians note that there is no clear evidence Rommel was involved or aware of these crimes (although Caron and Müllner point out that his military successes allowed these crimes to happen) with some pointing out that the war in the desert, as fought by Rommel and his opponents, still came as close to a clean fight as there was in World War II. He later commanded the German forces opposing the Allied cross-channel invasion of Normandy in June 1944. A number of historians connect Rommel himself with war crimes, although this is not the opinion of the majority.

Montgomery first saw action in the First World War as a junior officer of the Royal Warwickshire Regiment. At Méteren, near the Belgian border at Bailleul, he was shot through the right lung by a sniper, during the First Battle of Ypres. On returning to the Western Front as a general staff officer, he took part in the Battle of Arras in April–May 1917. He also took part in the Battle of Passchendaele in late-1917 before finishing the war as chief of staff of the 47th (2nd London) Division.

After an undefeated record throughout North Africa, German Field Marshal Erwin Rommel has an opportunity to face off against a commander worthy of his skills