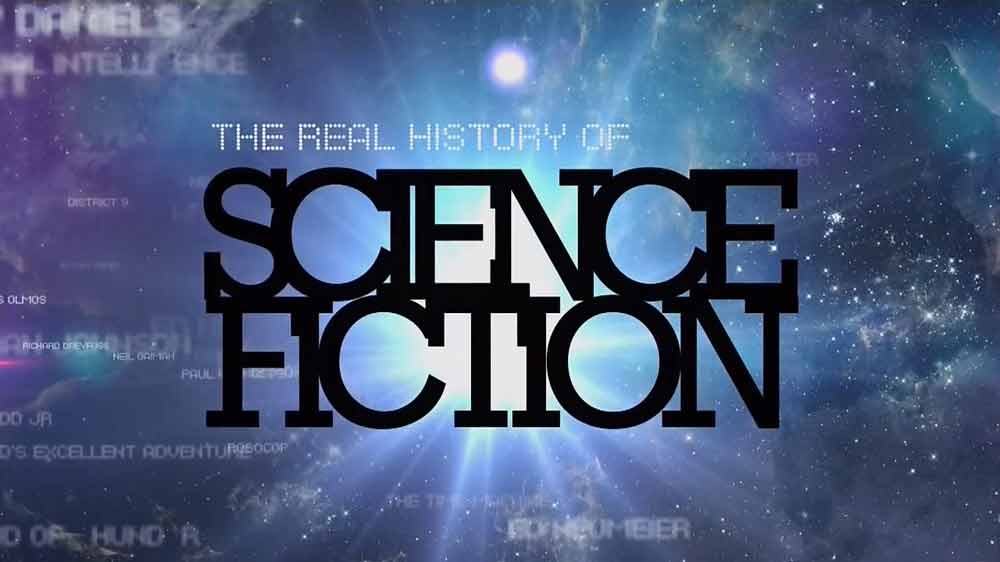 The Real History of Science Fiction episode 1 – Robots : What if our creations turn against us? The idea of creating life has fascinated society since the earliest days of science fiction. From HAL in 2001: A Space Odyssey to the Cylons of the reimagined Battlestar Galactica and the world of The Matrix, this is a journey that asks – what does it mean to be human?

The series heads to the very frontiers of space and science to produce the definitive television history of science fiction. The story of one of the liveliest and most stimulating genres in popular culture will be told through its impact on cinema, television and literature. Each episode will explore one of the enduring themes of science fiction: time travel; the exploration of space; robots and artificial intelligence; and aliens. It will be made with the help of the genre’s greatest pioneers: the filmmakers, writers, actors, and graphic artists whose obsession and imagination has taken them into the unknown. Having explored the future, the past, parallel universes and galaxies far, far away, they are now ready to report back on their experiences.

The first reference in Western literature to mechanical servants appears in Homer’s Iliad. In Book XVIII, Hephaestus, god of fire, creates new armor for the hero Achilles, assisted by robots. According to the Rieu translation, “Golden maidservants hastened to help their master. They looked like real women and could not only speak and use their limbs but were endowed with intelligence and trained in handwork by the immortal gods.” The words “robot” or “android” are not used to describe them, but they are nevertheless mechanical devices human in appearance. “The first use of the word Robot was in Karel Čapek’s play R.U.R. (Rossum’s Universal Robots) (written in 1920)”. Writer Karel Čapek was born in Czechoslovakia (Czech Republic).

Possibly the most prolific author of the twentieth century was Isaac Asimov (1920–1992) who published over five-hundred books. Asimov is probably best remembered for his science-fiction stories and especially those about robots, where he placed robots and their interaction with society at the center of many of his works.

Asimov carefully considered the problem of the ideal set of instructions robots might be given in order to lower the risk to humans, and arrived at his Three Laws of Robotics: a robot may not injure a human being or, through inaction, allow a human being to come to harm; a robot must obey orders given it by human beings, except where such orders would conflict with the First Law; and a robot must protect its own existence as long as such protection does not conflict with the First or Second Law. These were introduced in his 1942 short story “Runaround”, although foreshadowed in a few earlier stories. Later, Asimov added the Zeroth Law: “A robot may not harm humanity, or, by inaction, allow humanity to come to harm”; the rest of the laws are modified sequentially to acknowledge this.

Fears and concerns about robots have been repeatedly expressed in a wide range of books and films. A common theme is the development of a master race of conscious and highly intelligent robots, motivated to take over or destroy the human race. Frankenstein (1818), often called the first science fiction novel, has become synonymous with the theme of a robot or android advancing beyond its creator.

Other works with similar themes include The Mechanical Man, The Terminator, Runaway, RoboCop, the Replicators in Stargate, the Cylons in Battlestar Galactica, the Cybermen and Daleks in Doctor Who, The Matrix, Enthiran and I, Robot. Some fictional robots are programmed to kill and destroy; others gain superhuman intelligence and abilities by upgrading their own software and hardware. Examples of popular media where the robot becomes evil are 2001: A Space Odyssey, Red Planet and Enthiran.

The 2017 game Horizon Zero Dawn explores themes of robotics in warfare, robot ethics, and the AI control problem, as well as the positive or negative impact such technologies could have on the environment.

Another common theme is the reaction, sometimes called the “uncanny valley”, of unease and even revulsion at the sight of robots that mimic humans too closely. More recently, fictional representations of artificially intelligent robots in films such as A.I. Artificial Intelligence and Ex Machina and the 2016 TV adaptation of Westworld have engaged audience sympathy for the robots themselves.

The Real History of Science Fiction episode 1 - Robots : The idea of creating life has fascinated society since the earliest days of science fiction.