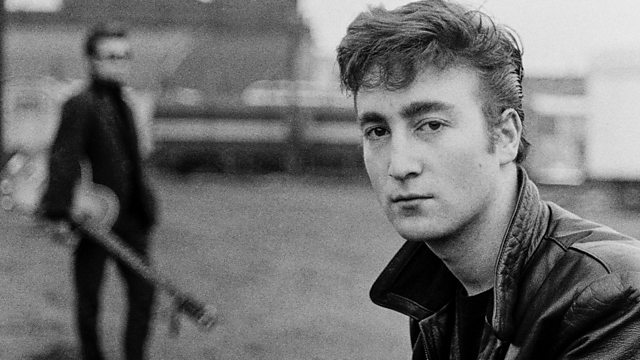 A Life in Ten Pictures – John Lennon: John Lennon’s image is known around the world; he is one of the most famous people on the planet. But can just a handful of photos uncover new truths about someone we think we all know? This film throws a unique lens onto an extraordinary life, focusing on ten defining pictures – from iconic shots to private snaps – with their secrets revealed by those who were there and those who knew John Lennon best.

The photos reveal Lennon’s lifelong search to find his place in the world, documenting his disaffection with living the life of a Beatle and his relationship with the woman who became the love of his life, the avant-garde artist Yoko Ono.

John Winston Ono Lennon was an English singer, songwriter, musician and peace activist who achieved worldwide fame as the founder, co-lead vocalist, and rhythm guitarist of the Beatles. His songwriting partnership with Paul McCartney remains the most successful in history. In 1969, he started the Plastic Ono Band with his second wife, Yoko Ono. After the Beatles disbanded in 1970, Lennon continued his career as a solo artist and as Ono’s collaborator.

Born in Liverpool, Lennon became involved in the skiffle craze as a teenager. In 1956, he formed his first band, the Quarrymen, which evolved into the Beatles in 1960. He was initially the group’s de facto leader, a role gradually ceded to McCartney. Lennon was characterised for the rebellious nature and acerbic wit in his music, writing, drawings, on film and in interviews. In the mid-1960s, he had two books published: In His Own Write and A Spaniard in the Works, both collections of nonsense writings and line drawings. Starting with 1967’s “All You Need Is Love”, his songs were adopted as anthems by the anti-war movement and the larger counterculture.

From 1968 to 1972, Lennon produced more than a dozen records with Ono, including a trilogy of avant-garde albums, his first solo LP John Lennon/Plastic Ono Band, and the international top 10 singles “Give Peace a Chance”, “Instant Karma!”, “Imagine” and “Happy Xmas (War Is Over)”. In 1969, he held the two week-long anti-war demonstration Bed-Ins for Peace. After moving to New York City in 1971, his criticism of the Vietnam War resulted in a three-year attempt by the Nixon administration to deport him. In 1975, Lennon disengaged from the music business to raise his infant son Sean and, in 1980, returned with the Ono collaboration Double Fantasy. He was shot and killed in the archway of his Manhattan apartment building by a Beatles fan, Mark David Chapman, three weeks after the album’s release.

The Beatles were an English rock band formed in Liverpool in 1960. The group, whose best-known line-up comprised John Lennon, Paul McCartney, George Harrison and Ringo Starr, are regarded as the most influential band of all time. They were integral to the development of 1960s counterculture and popular music’s recognition as an art form.

Rooted in skiffle, beat and 1950s rock and roll, their sound incorporated elements of classical music and traditional pop in innovative ways; the band later explored music styles ranging from ballads and Indian music to psychedelia and hard rock. As pioneers in recording, songwriting and artistic presentation, the Beatles revolutionised many aspects of the music industry and were often publicised as leaders of the era’s youth and sociocultural movements.

Led by primary songwriters Lennon and McCartney, the Beatles built their reputation playing clubs in Liverpool and Hamburg over three years from 1960, initially with Stuart Sutcliffe playing bass. The core trio of Lennon, McCartney and Harrison, together since 1958, went through a succession of drummers, including Pete Best, before asking Starr to join them in 1962.

Manager Brian Epstein moulded them into a professional act, and producer George Martin guided and developed their recordings, greatly expanding their domestic success after their first hit, “Love Me Do”, in late 1962. As their popularity grew into the intense fan frenzy dubbed “Beatlemania”, the band acquired the nickname “the Fab Four”, with Epstein, Martin and other members of the band’s entourage sometimes given the informal title of “fifth Beatle”.

At approximately 5:00 p.m. on 8 December 1980, Lennon autographed a copy of Double Fantasy for fan Mark David Chapman before leaving The Dakota with Ono for a recording session at the Record Plant. After the session, Lennon and Ono returned to their Manhattan apartment in a limousine at around 10:50 p.m. EST. They exited the vehicle and walked through the archway of the building when Chapman shot Lennon twice in the back and twice in the shoulder at close range. Lennon was rushed in a police cruiser to the emergency room of Roosevelt Hospital, where he was pronounced dead on arrival at 11:15 p.m.

A Life in Ten Pictures - John Lennon: John Lennon’s image is known around the world; he is one of the most famous people on the planet.