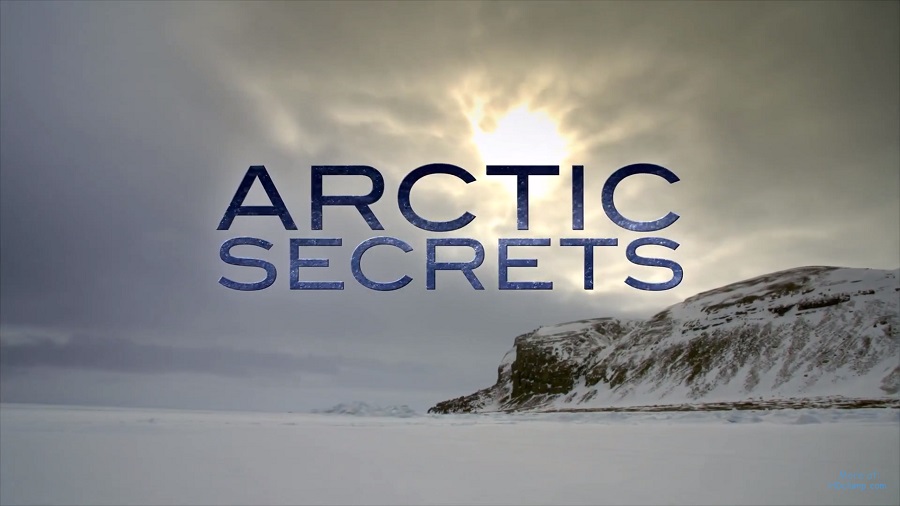 Arctic Secrets episode 1 – Land of Extremes: Embark on a journey into the world’s most unforgiving arctic zones, where land and ice are inseparably joined. Swim through the mammoth Mackenzie Delta, or explore the great tundra of Nunavik. These hostile regions yield little for the hardy wildlife and local Inuit tribes that wait patiently for an all-too-brief summer.

The American Dipper can plunge its head into freezing Arctic water up to 60 times a minute. In the summer, ferocious mosquitoes can draw up to a pint of blood a day from caribou. Take a fascinating look into the Arctic seasons and the impact that rising sea levels have on local wildlife, and, ultimately, our own world.

The Arctic region is a unique area among Earth’s ecosystems. For example, the cultures in the region and the Arctic indigenous peoples have adapted to its cold and extreme conditions. In recent years, Arctic sea ice decline has been caused by global warming. Life in the Arctic includes organisms living in the ice, zooplankton and phytoplankton, fish and marine mammals, birds, land animals, plants and human societies. Arctic land is bordered by the subarctic.

The Mackenzie River flows through a vast, thinly populated region of forest and tundra entirely within the Northwest Territories in Canada, although its many tributaries reach into five other Canadian provinces and territories. The river’s main stem is 1,738 kilometres (1,080 mi) long, flowing north-northwest from Great Slave Lake into the Arctic Ocean, where it forms a large delta at its mouth. Its extensive watershed drains about 20 percent of Canada. It is the largest river flowing into the Arctic from North America, and including its tributaries has a total length of 4,241 kilometres (2,635 mi), making it the thirteenth longest river system in the world.

The American dipper (Cinclus mexicanus), also known as a water ouzel, is a stocky dark grey bird with a head sometimes tinged with brown, and white feathers on the eyelids that cause the eyes to flash white as the bird blinks. It is 16.5 cm (6.5 in) long and weighs on average 46 g (1.6 oz). It has long legs, and bobs its whole body up and down during pauses as it feeds on the bottom of fast-moving, rocky streams. It inhabits the mountainous regions of Central America and western North America from Panama to Alaska.

The reindeer (Rangifer tarandus), also known as the caribou in North America, is a species of deer with circumpolar distribution, native to Arctic, sub-Arctic, tundra, boreal, and mountainous regions of northern Europe, Siberia, and North America. This includes both sedentary and migratory populations. Rangifer herd size varies greatly in different geographic regions. The Taimyr herd of migrating Siberian tundra reindeer (R. t. sibiricus) in Russia is the largest wild reindeer herd in the world, varying between 400,000 and 1,000,000.

What was once the second largest herd is the migratory boreal woodland caribou (R. t. caribou) George River herd in Canada, with former variations between 28,000 and 385,000. As of January 2018, there are fewer than 9,000 animals estimated to be left in the George River herd, as reported by the Canadian Broadcasting Corporation. The New York Times reported in April 2018 of the disappearance of the only herd of southern mountain caribou in the contiguous United States with an expert calling it “functionally extinct” after the herd’s size dwindled to a mere three animals.

Rangifer varies in size and colour from the smallest, the Svalbard reindeer, to the largest, the boreal woodland caribou. The North American range of caribou extends from Alaska through Yukon, the Northwest Territories and Nunavut into the boreal forest and south through the Canadian Rockies and the Columbia and Selkirk Mountains. The barren-ground caribou, Porcupine caribou, and Peary caribou live in the tundra, while the shy boreal woodland caribou prefer the boreal forest.