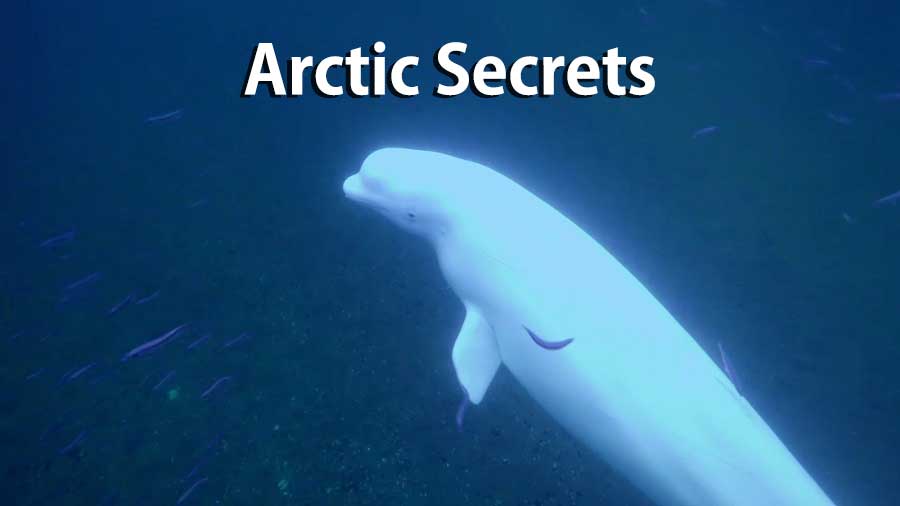 Arctic Secrets – Rhythm of the Bay – Hudson Bay: Every summer, the frozen waters of Hudson Bay partially thaw for a few short months. For migrating beluga whales, it’s a seasonal window of feeding and breeding opportunities, but for polar bears, it’s a famine-filled test of their survival. Explore the shifting fortunes of a vibrant Arctic world.

The Eastern Cree name for Hudson and James Bay is Wînipekw (Southern dialect) or Wînipâkw (Northern dialect), meaning muddy or brackish water. Lake Winnipeg is similarly named by the local Cree, as is the location for the city of Winnipeg.

The bay is named after Henry Hudson, an Englishman sailing for the Dutch East India Company, and after whom the river that he explored in 1609 is also named. Hudson Bay is often considered part of the Arctic Ocean; the International Hydrographic Organization, in its 2002 working draft of Limits of Oceans and Seas) defined the Hudson Bay, with its outlet extending from 62.5 to 66.5 degrees north (just a few miles south of the Arctic Circle) as being part of the Arctic Ocean, specifically “Arctic Ocean Subdivision 9.11.” Other authorities include it in the Atlantic, in part because of its greater water budget connection with that ocean. Some sources describe Hudson Bay as a marginal sea of the Atlantic Ocean, or the Arctic Ocean.

The beluga whale is an Arctic and sub-Arctic cetacean. It is one of two members of the family Monodontidae, along with the narwhal, and the only member of the genus Delphinapterus. It is also known as the white whale, as it is the only cetacean of this colour; the sea canary, due to its high-pitched calls; and the melonhead, though that more commonly refers to the melon-headed whale, which is an oceanic dolphin.

The beluga is adapted to life in the Arctic, so it has anatomical and physiological characteristics that differentiate it from other cetaceans. Amongst these are its all-white colour and the absence of a dorsal fin, which allows it to swim under ice with ease. It possesses a distinctive protuberance at the front of its head which houses an echolocation organ called the melon, which in this species is large and deformable.

The beluga’s body size is between that of a dolphin and a true whale, with males growing up to 5.5 m (18 ft) long and weighing up to 1,600 kg (3,530 lb). This whale has a stocky body. Like many cetaceans, a large percentage of its weight is blubber (subcutaneous fat). Its sense of hearing is highly developed and its echolocation allows it to move about and find breathing holes under sheet ice.

Mitochondrial DNA studies have shown modern cetaceans last shared a common ancestor between 25 and 34 million years ago. The superfamily Delphinoidea (which contains monodontids, dolphins and porpoises) split from other toothed whales, odontoceti, between 11 and 15 million years ago. Monodontids then split from dolphins (Delphinidae) and later from porpoises (Phocoenidae), their closest relatives in evolutionary terms.

In 2017 the genome of a beluga whale was sequenced, comprising 2.327 Gbp of assembled genomic sequence that encoded 29,581 predicted genes. The authors estimated that the genome-wide sequence similarity between beluga whales and killer whales to be 97.87% ± 2.4 × 10−7% (mean ± standard deviation).