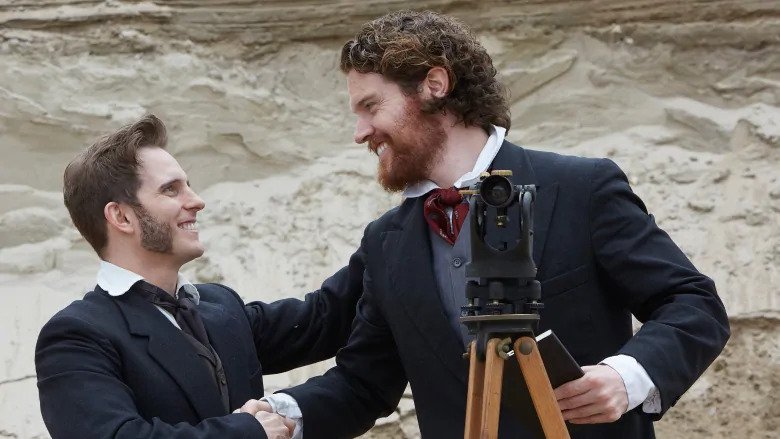 Canada the Story of Us (1824 – 1890) – Connected : Inventors and entrepreneurs dream of uniting the country using the latest design and technology – and make their fortunes in the process. An extraordinary generation will revolutionize transportation, engineering and communications, making Canada the high-tech superstar of a newly-wired world.

In the early 1800s, there’s a major obstacle in the way of trade between Upper and Lower Canada (and to Europe beyond): Niagara Falls. Goods transported by ship have to bypass the falls via a portage road.

Niagara entrepreneur William Merritt convinces the government to get behind his plan to build a canal, a great engineering feat that will open up trade along the Great Lakes like never before. In spite of massive obstacles and great danger, Merritt’s canal plan succeeds, connecting the Great Lakes trade routes with the Atlantic.

Having successfully run a steam-powered ferry service across Halifax harbour, a steamship service from Quebec to Halifax and a mail ship between Prince Edward Island and the mainland, Nova Scotia businessman Samuel Cunard starts to dream bigger. He wants to run a transatlantic steamship service between Europe and North America.

He gambles heavily on the new, untested business, but eventually succeeds in making the world a smaller place. Samuel Cunard establishes one of the world’s largest marine passenger companies; it still carries his name today.

Canadian ingenuity reacts to one of the greatest engineering challenges of the age: how to build a railway bridge across the St. Lawrence, connecting Montreal to the country’s rapidly growing rail network? The Victoria Bridge is completed 18 months ahead of schedule. It permanently changes how goods are shipped across the country, giving Canada 900 kilometers of unbroken railway.

Inventor and electrician Frederick Gisborne imagines Canada and the world connected by cables — cables that would allow for almost instantaneous communication. Through perseverance and strong business acumen, Gisborne successfully installs the first underwater telegraph cable in North America, between PEI and New Brunswick in 1852.

He goes on to become the chief engineer of the New York, Newfoundland and London Telegraph Company. Due in part to his efforts, the dream of a transatlantic telegraph line is realized in 1866.

In an age when women are still denied the vote, trailblazing journalist Kathleen Blake Coleman of the Toronto Mail battles sexism to fight for equality on the pages of Canada’s largest newspaper. She is the first woman in the country to become newspaper section editor, editing the weekly “Woman’s Kingdom” section. She also bucks against her editors’ insistence that women are only interested in housekeeping and fashion and becomes a crusading columnist writing about social issues. “Kit of the Mail” eventually has her columns syndicated in newspapers across the country and her work becomes a light in the life of thousands of Canadians.