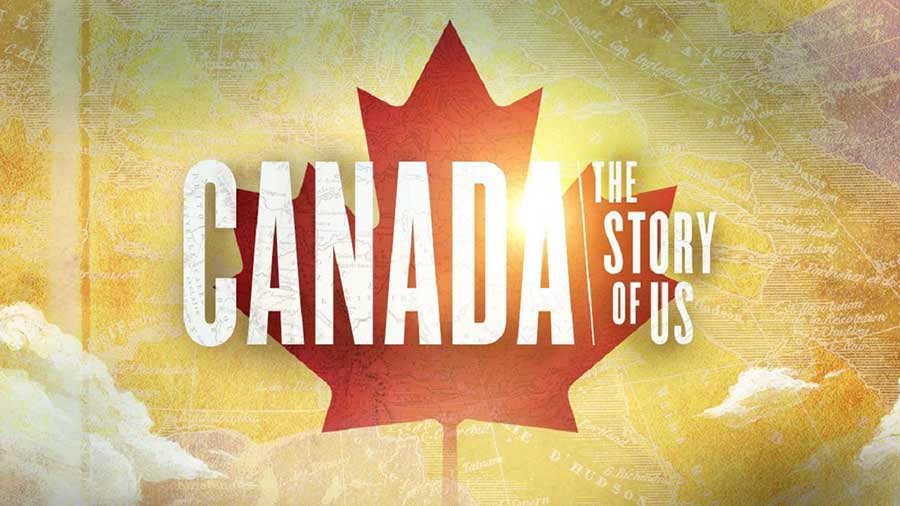 Canada the Story of Us - Expansion

Canada the Story of Us ep. 5 – Expansion (1858 – 1899): In the lead up to Confederation, Canada faces the threat of American expansionism and a decreased interest by the British in maintaining the colony. Determined that Canada will remain independent and free, a generation of risk takers, gold miners, cowboys and railway builders will rise to the challenge. But not everyone is happy with this expansion.

Canada the Story of Us – Expansion

James Douglas defends the border on the West Coast (1858)

James Douglas, the son of a Scottish planter and a Creole Bajan woman, born in what is now Guyana, signs on to the North West Company at the age of 16. When the company merges with the Hudson’s Bay Company, Douglas moves quickly up the ranks of the organization. He eventually became the Hudson’s Bay Company’s Chief Factor of New Caledonia, effectively putting him in charge of much of what is now British Columbia.

He started work at 16 for the North West Company and then the Hudson’s Bay Company, becoming a high-ranking officer. From 1851 to 1864, he was Governor of the Colony of Vancouver Island. In 1858, he became the first Governor of the Colony of British Columbia and asserted the authority of the British Empire during the Fraser Canyon Gold Rush, which had the potential to turn the Mainland into an American state. He remained governor of both colonies until his retirement in 1864.

In 1869, the railway survey across Canada encounters resistance in the west from the Métis nation, led by Louis Riel. The Métis feel their place in the new nation of Canada has not been properly negotiated. In 1884, the railway encounters more resistance from the Plains Cree under the leadership of Big Bear, a fearless negotiator who seeks to secure the survival of his people in the face of Canadian expansion.

Big Bear and Riel team up to take on Sir John A. Macdonald’s government. Riel declares himself leader of the Provisional Government of Saskatchewan. Ultimately, their uprisings are crushed by the powerful government forces, but Big Bear and Louis Riel live on as powerful symbols of resistance to all Canadians.

Louis David Riel was a Canadian politician, a founder of the province of Manitoba, and a political leader of the Métis people of the Canadian Prairies. He led two rebellions against the government of Canada and its first post-Confederation prime minister, John A. Macdonald. Riel sought to preserve Métis rights and culture as their homelands in the Northwest came progressively under the Canadian sphere of influence. Over the decades, he has been made a folk hero by Francophones, Catholic nationalists, native rights activists, and the New Left student movement. Arguably, Riel has received more scholarly attention than any other figure in Canadian history.

Bringing the cattle industry to Alberta (1881)

In 1881, businessman Frederick Stimson’s wishes to establish a cattle ranch in Alberta. He purchases land in the Rocky Mountains foothills for what will become the Bar U Ranch. The only problem: he doesn’t actually have any cattle.

He needs skilled cowboys to drive the cattle from southern Idaho and fill the ranch. One of these cowboys is John Ware, an African-American born into slavery who, through hard work and a natural gift, has become one of the best horsemen in the American West. Ware and his team of cowboys overcome great challenges to move the 3,000 head of cattle across hundreds of miles to the Bar U Ranch. It is this first great cattle drive that helps establish the cattle industry in Canada’s west and John Ware gains an important place in Canada’s story as a result.

The last great push of the railway across Canada encounters resistance of a geographic sort: the Rocky Mountains. It will take great engineering prowess and sacrifice to overcome this obstacle. Chief engineer James Ross struggles to find a way to mitigate the Rocky Mountains and deliver a method of safe passage over the Kicking Horse Pass.

The Klondike gold rush brings an influx of American prospectors into the Yukon. They encounter a uniquely Canadian style of justice in the form of Sam Steele, an ex-soldier and the North-West Mounted Police officer in charge of the region.