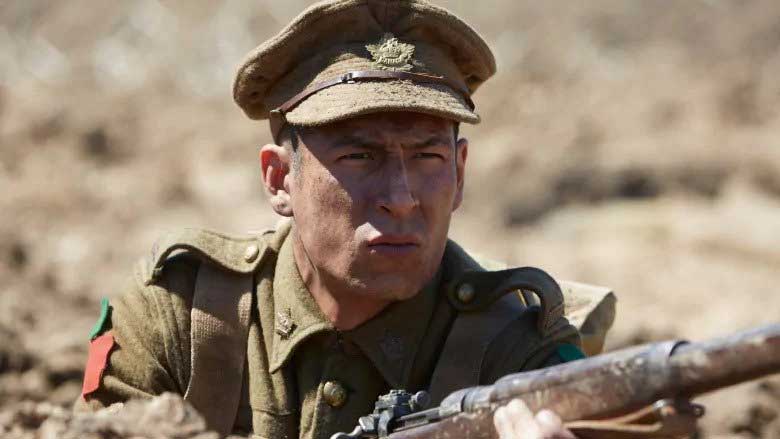 Canada the Story of Us - Service and Sacrifice (1916 - 1929): Bravery and sacrifice define our new nation as war erupts across Europe.

Canada the Story of Us – Service and Sacrifice (1916 – 1929): Bravery and sacrifice define our new nation as war erupts across Europe. Canada, as a British Dominion, joins in the fight – a young country seeking to find its place on the world stage. It’s not long before nearly half a million Canadians, including thousands of Indigenous soldiers, travel to Europe to serve beside their allies in the First World War.

Canada the Story of Us – Service and Sacrifice (1

Francis Pegahmagabow, an Ojibwa soldier with exceptional scouting and marksman skills, becomes a key player on the Canadian front lines; first as a messenger, then as a sniper. Pegahmagabow becomes the deadliest sniper on either side of the war, racking up 378 kills.

Pegahmagabow puts himself in the German line of fire time and time again, saving many Canadian lives and fighting at the Second Battle of Ypres. After the war, he receives three medals for his contribution. Pegahmagabow would would go on to fight for Indigenous rights in Canada, becoming the Supreme Chief of the Native Independent Government, a precursor to the Assembly of First Nations.

Canadians use their ingenuity to take Vimy Ridge (1917)

Vimy becomes Canada’s defining moment of the Great War: Canadians take the high ground from the Germans, becoming the first colonial army to defeat a European power on European soil.

With conscription sending nearly every able-bodied man of fighting age to the front, Canada’s farms – which are responsible for not only feeding the nation, but also tens of thousands of Allied soldiers – face a serious labour shortage. The Soldiers of the Soil program aims to fill that gap by sending teenage boys from Canada’s cities and towns into the countryside to work as farmhands.

One of the 22,000 volunteers is 14 year-old Gerry Andrews of Winnipeg, who braves southern Manitoba’s dangerous tornadoes in order to do his part for the war effort.

With the men away at the front, Canada’s women take on new roles, both at home and on the battlefield.

Over 3,000 Canadian women enlist to serve overseas as nursing sisters. Among them are Meta Hodge and Eleanor Thompson, who tend to hundreds, sometimes thousands, of wounded men every day at a field hospital in Doulens, France. When their hospital is bombed by the Germans, they pull themselves out of the rubble, extinguish the flames from overturned oil stoves and organize the orderlies to remove the patients to safety. Despite resistance from the British military leadership, Thompson and Hodge receive the Military Medal for their bravery.

A mere 15 years after the Wright Brothers’ first flight, airplanes had been turned into weapons of war.

Edmonton native Lieutenant Wilfrid “Wop” May was one of those early fighter pilots. On April 21, 1918, May is flying his second-ever mission when he encounters German fighter ace Manfred von Richthofen, better known as the Red Baron. Von Richthofen has over 80 air combat victories, making him the deadliest fighter ace on either side of the war. May manages to outrun and outsmart the Baron until one of his comrades shoots the German down, killing him.

On his return to Canada, May helps to establish Canada’s first airfield and airline, May Aeroplanes Limited, in Alberta. In 1929, he becomes a hero for a second time as he flies through a blizzard to deliver medicine to the remote Northern Cree community of Little Red River, Alberta, putting a stop to a diphtheria outbreak in the town.