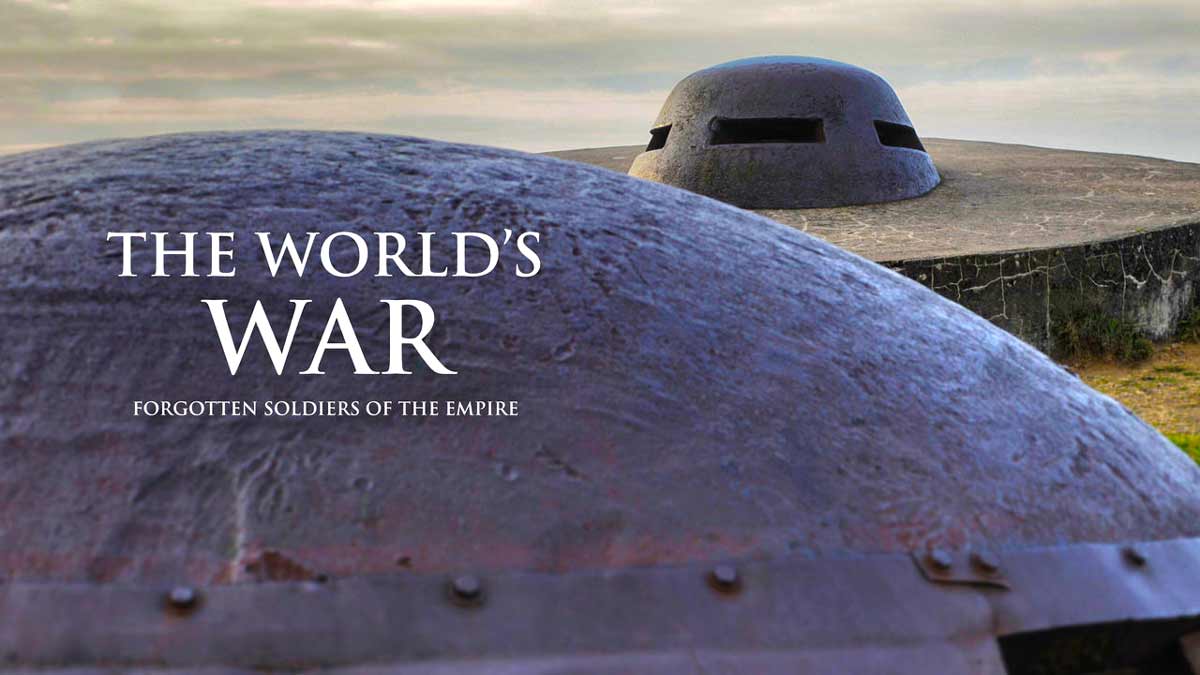 Forgotten Soldiers of Empire – The World’s War: David Olusoga reveals stories of the millions of Indian, African and Asian troops and ancillaries who fought during World War I.

This thought-provoking series goes back to the battlefields of the World War I to transform our image and understanding of the conflict in terms of the people who fought and died in the Great War. Every major battle of World War One was fought by multi-racial allied armies; over a million non-white soldiers died in the conflict. Yet from the moment the guns fell silent their part in the “Great War for Civilisation” was marginalised and then forgotten

The war also starkly exposed the contradictions and hypocrisies that surrounded race in the early 20th century, with huge differences in the behavior of the Allied nations towards non-white peoples, and war itself changed those attitudes yet further. The use of black troops by the Allies became the focus of a furious German propaganda campaign, yet the Kaiser’s army also employed thousands of black soldiers in the war in Africa.

The exploits of black Africans and black Americans were celebrated by the French and Americans, and used in their own propaganda to shore up support for the war at home. A century later new historical research is bringing their extraordinary stories out of the historical shadows.

The Indian contribution to the First World War is documented in the India Office Records, the vast archive of the British administration of India, which is kept at the British Library in London.

Forgotten Soldiers of Empire features an exceptional collection of reports of the Censor of Indian Mails in France held at the Library, filled with extracts from letters of Indian soldiers writing home to their families during the War. The chief purpose of the Censor’s Office was not to suppress letters, but to gather information about the morale of the soldiers. The British Government feared that uncensored letters detailing Indian soldiers suffering in France could distress their families at home, and so lead to political instability in India, and also might provide military information to the enemy.

We call it the First World War, but in Western Europe at least, most of the scrutiny is confined to what happened to Britain, France and Germany (with a side order of Russia) from 1914-18. The writer and presenter of this two-part series, David Olusoga, seized the opportunity to emphasise the full global scope of the conflict by throwing fascinating light on the contributions made by troops from the French and British colonies, uncomprehendingly transported from India and Africa to the mud, blood and horror of the Western Front.

Beginning with the revelation that the first shot fired by the British Army after the declaration of war in August 1914 was from an African soldier of the British West African Frontier Force in an attack on German forces in Togoland, Olusoga swept across the battlefields of France and Belgium, but also probed skilfully into the mysteries of the imperial mindset. This was crammed with weird notions about race and fighting spirit (it was a place where “the madness of war is overlaid with the craziness of racial prejudice,” as Olusoga put it).

In Forgotten Soldiers of Empire we learned how the British Army in India was keen on the “Theory of the Martial Races”, and such experts as Lt Col JWB Merewether enumerated the attributes of the various Indian peoples in the way he might have assessed racehorses or bloodhounds. The Jats (from the Punjab) were a tough and durable “thoroughbred race”, the Pathans were “handsome” and “athletic”, and the Gurkhas were cheery, adaptable and friendly. Naturally all of them would need the firm guiding hand of white British officers (colonial prisoners held by the Germans at Zossen, pictured above).

Forgotten Soldiers of Empire - The World's War: reveals stories of the millions of Indian, African and Asian troops who fought during World War I.