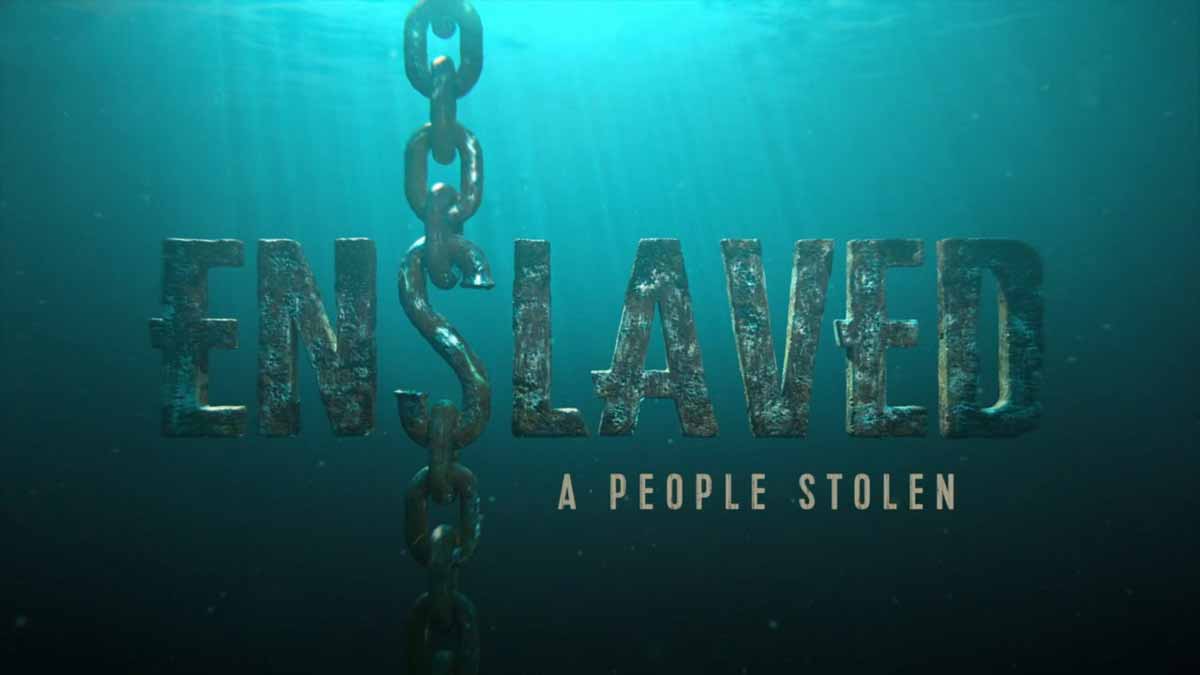 Enslaved with Samuel L Jackson episode 1: Samuel L Jackson traces his ancestry to Gabon, visiting the coastal area of Loango National Park to see from where his enslaved ancestors were shipped in their millions to the Americas. But he wants to do more than tell the story of the enslaved who survived.

The trans-Atlantic slave trade existed for well over 400 years, involving more than 45,000 voyages from dozens of outposts along the African coast. Over 2 million Africans died en route, and up to 1,000 slave ships ended up as wrecks, with only a handful ever having been identified. Jackson teams up with a group of underwater investigators who view the ocean floor as a graveyard and a crime scene. “Enslaved with Samuel L Jackson episode 1” dive the English Channel to find the 350-year-old wreck of an unidentified slave ship and discover its secrets. This is the oldest slave ship ever discovered, and deep on the dark ocean floor the divers make a remarkable find.

Samuel Leroy Jackson was born in Washington, D.C. on December 21, 1948, the only child of Elizabeth Harriett (née Montgomery) and Roy Henry Jackson. He grew up in Chattanooga, Tennessee. His father lived away from the family in Kansas City, Missouri, and later died of alcoholism. Jackson met him only twice during his life. He was raised by his mother, a factory worker and later a supplies buyer for a mental institution; he was also raised by his maternal grandparents, Edgar and Pearl Montgomery, as well as extended family.

According to DNA tests, Jackson partially descends from the Benga people of Gabon, and he became a naturalized citizen of Gabon in 2019. He attended several segregated schools and graduated from Riverside High School in Chattanooga. He played the French horn, piccolo, trumpet, and flute in the school orchestra. His stutter started during childhood. He learned to “pretend to be other people who didn’t stutter”. He still uses the word “motherfucker” to get through a speech block. He still has days where he stutters.

Initially intent on pursuing a degree in marine biology, he attended Morehouse College in Atlanta, Georgia. After joining a local acting group to earn extra points in a class, he found an interest in acting and switched his major. Before graduating in 1972, he co-founded the Just Us Theatre.

The vast majority of those who were enslaved and transported in the transatlantic slave trade were people from Central and West Africa, who had been sold by other West Africans, or by half-European “merchant princes” to Western European slave traders (with a small number being captured directly by the slave traders in coastal raids), who brought them to the Americas.

Except for the Portuguese, European slave traders generally did not participate in the raids because life expectancy for Europeans in sub-Saharan Africa was less than one year during the period of the slave trade (which was prior to the development of quinine as a treatment for malaria). The South Atlantic and Caribbean economies were particularly dependent on labour for the production of sugarcane and other commodities. This was viewed as crucial by those Western European states that, in the late 17th and 18th centuries, were vying with each other to create overseas empires.

Upon discovering new lands through their naval explorations, European colonisers soon began to migrate to and settle in lands outside their native continent. Off the coast of Africa, European migrants, under the directions of the Kingdom of Castile, invaded and colonised the Canary Islands during the 15th century, where they converted much of the land to the production of wine and sugar. Along with this, they also captured native Canary Islanders, the Guanches, to use as slaves both on the Islands and across the Christian Mediterranean.

As historian John Thornton remarked, “the actual motivation for European expansion and for navigational breakthroughs was little more than to exploit the opportunity for immediate profits made by raiding and the seizure or purchase of trade commodities”.

Using the Canary Islands as a naval base, Europeans, at the time primarily Portuguese traders, began to move their activities down the western coast of Africa, performing raids in which slaves would be captured to be later sold in the Mediterranean. Although initially successful in this venture, “it was not long before African naval forces were alerted to the new dangers, and the Portuguese ships began to meet strong and effective resistance”, with the crews of several of them being killed by African sailors, whose boats were better equipped at traversing the west African coasts and river systems.