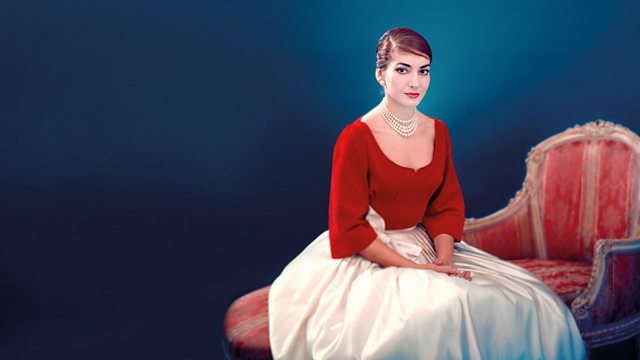 Maria by Callas: Documentary film that for the first time tells the life story of legendary Greek/American opera singer Maria Callas, completely in her own words. Tom Volf’s account, which took four years of painstaking research to assemble, includes performances, TV interviews, home movies, family photographs, private letters and unpublished memoires – nearly all of which have never been seen before.

Maria by Callas reveals the essence of an extraordinary woman who rose from humble beginnings in New York City to become a glamorous international superstar and one of the greatest artists of all time.

Maria Callas was an American-born Greek soprano. She was one of the most renowned and influential opera singers of the 20th century. Many critics praised her bel canto technique, wide-ranging voice and dramatic interpretations. Her repertoire ranged from classical opera seria to the bel canto operas of Donizetti, Bellini and Rossini and, further, to the works of Verdi and Puccini; and, in her early career, to the music dramas of Wagner. Her musical and dramatic talents led to her being hailed as La Divina (“the Divine one”). Discover all of that in this documentary: Maria by Callas

Born in Manhattan, New York City, to Greek immigrant parents, she was raised by an overbearing mother who had wanted a son. Maria received her musical education in Greece at age 13 and later established her career in Italy. Forced to deal with the exigencies of 1940s wartime poverty and with near-sightedness that left her nearly blind onstage, she endured struggles and scandal over the course of her career. She notably underwent a mid-career weight loss, which might have contributed to her vocal decline and the premature end of her career.

The press exulted in publicizing Callas’s temperamental behavior, her supposed rivalry with Renata Tebaldi and her love affair with Greek shipping tycoon Aristotle Onassis. Although her dramatic life and personal tragedy have often overshadowed Callas the artist in the popular press, her artistic achievements were such that Leonard Bernstein called her “the Bible of opera” and her influence so enduring that, in 2006, Opera News wrote of her: “Nearly thirty years after her death, she’s still the definition of the diva as artist—and still one of classical music’s best-selling vocalists.”

hough adored by many opera enthusiasts, Callas was a controversial artist. While Callas was the great singer often dismissed simply as an actress she considered herself foremost a musician, that is, the first instrument of the orchestra.” Grace Bumbry has stated, “If I followed the musical score when she was singing, I would see every tempo marking, every dynamic marking, everything being adhered to, and at the same time, it was not antiseptic; it was something that was very beautiful and moving.” Victor de Sabata confided to Walter Legge, “If the public could understand, as we do, how deeply and utterly musical Callas is, they would be stunned”, and Serafin assessed Callas’s musicality as “extraordinary, almost frightening.” Callas possessed an innate architectural sense of line-proportion and an uncanny feel for timing and for what one of her colleagues described as “a sense of the rhythm within the rhythm”.

Regarding Callas’s technical prowess, Celletti says, “We must not forget that she could tackle the whole gamut of ornamentation: staccato, trills, half-trills, gruppetti, scales, etc.” D’Amico adds, “The essential virtue of Callas’s technique consists of supreme mastery of an extraordinarily rich range of tone colour (that is, the fusion of dynamic range and timbre). And such mastery means total freedom of choice in its use: not being a slave to one’s abilities, but rather, being able to use them at will as a means to an end.”

In the opinion of several singers, the heavy roles undertaken in her early years damaged Callas’s voice. The mezzo-soprano Giulietta Simionato, Callas’s close friend and frequent colleague, stated that she told Callas that she felt that the early heavy roles led to a weakness in the diaphragm and subsequent difficulty in controlling the upper register.

Louise Caselotti, who worked with Callas in 1946 and 1947, prior to her Italian debut, felt that it was not the heavy roles that hurt Callas’s voice, but the lighter ones. Several singers have suggested that Callas’s heavy use of the chest voice led to stridency and unsteadiness with the high notes. In his book, Callas’s husband Meneghini wrote that Callas suffered an unusually early onset of menopause, which could have affected her voice. Soprano Carol Neblett once said, “A woman sings with her ovaries—you’re only as good as your hormones.”

Critic Henry Pleasants has stated that it was a loss of physical strength and breath-support that led to Callas’s vocal problems, saying:

“Singing, and especially opera singing, requires physical strength. Without it, the singer’s respiratory functions can no longer support the steady emissions of breath essential to sustaining the production of focused tone. The breath escapes, but it is no longer the power behind the tone, or is only partially and intermittently. The result is a breathy sound—tolerable but hardly beautiful—when the singer sings lightly, and a voice spread and squally when under pressure.”

In the same vein, Joan Sutherland, who heard Callas throughout the 1950s, said in a BBC interview, was a shock, a wonderful shock. You just got shivers up and down the spine. It was a bigger sound in those earlier performances, before she lost weight. I think she tried very hard to recreate the sort of “fatness” of the sound which she had when she was as fat as she was. But when she lost the weight, she couldn’t seem to sustain the great sound that she had made, and the body seemed to be too frail to support that sound that she was making. Oh, but it was oh so exciting. It was thrilling. I don’t think that anyone who heard Callas after 1955 really heard the Callas voice.

The latter half of Callas’s career was marked by a number of scandals. Following a performance of Madama Butterfly in Chicago in 1955, Callas was confronted by a process server who handed her papers about a lawsuit brought by Eddy Bagarozy, who claimed he was her agent. Callas was photographed with her mouth turned in a furious snarl. The photo was sent around the world and gave rise to the myth of Callas as a temperamental prima donna and a “Tigress”. In the same year, just before her debut at the Metropolitan Opera, Time ran a damaging cover story about Callas, with special attention paid to her difficult relationship with her mother and some unpleasant exchanges between the two.

In 1957, Callas (Maria by Callas) was starring as Amina in La sonnambula at the Edinburgh International Festival with the forces of La Scala. Her contract was for four performances, but due to the great success of the series, La Scala decided to put on a fifth performance. Callas told the La Scala officials that she was physically exhausted and that she had already committed to a previous engagement, a party thrown for her by her friend Elsa Maxwell in Venice. Despite this, La Scala announced a fifth performance, with Callas billed as Amina. Callas refused to stay and went on to Venice. Despite the fact that she had fulfilled her contract, she was accused of walking out on La Scala and the festival. La Scala officials did not defend Callas or inform the press that the additional performance was not approved by Callas. Renata Scotto took over the part, which was the start of her international career.