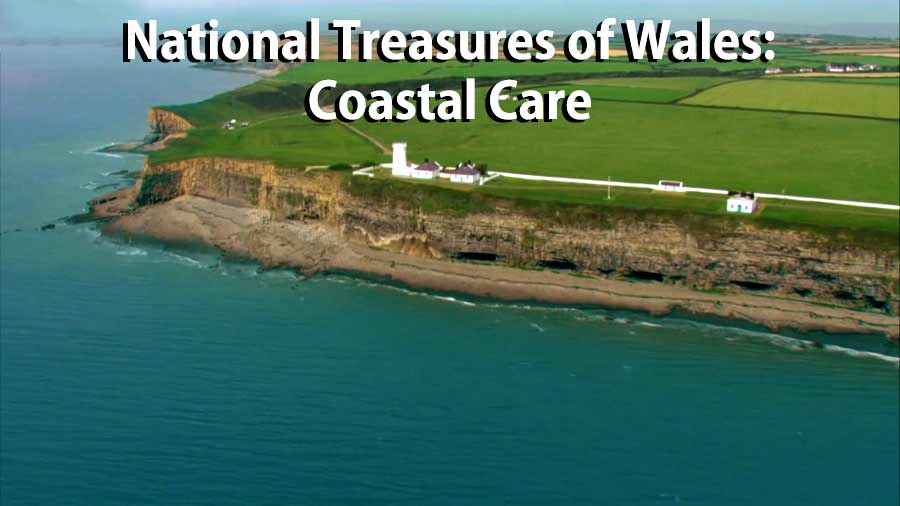 National Treasures of Wales – Coastal Care: Griff Rhys Jones discovers how the National Trust looks after some of Wales’s national treasures. He begins with the 157 miles of coastline it owns and cares for.

Surprisingly, the National Trust started in Wales. Griff Rhys Jones discovers how the Trust deals with the complexities and conflicts involved in looking after some of Wales’s best-loved national treasures. He begins The National Treasures of Wales series with the 157 miles of coastline owned and cared for by the Trust in Wales.

Griff investigates its roots in Barmouth, discovers how the tiny cove of Mwnt copes with the impact of the modern world and considers the difficulties they face in deciding the fate of a medieval village on the Gower Peninsula which is in the process of being claimed by the sea.

Mwnt is an ancient parish in Ceredigion, Wales, 4.5 miles (7.2 km) north of Cardigan. The Wales Coast Path passes through this very small settlement. It gets its name from the prominent steep conical hill (Foel y Mwnt), a landmark from much of Cardigan Bay, that rises above the beach to a height of 76 m (249 ft), and was formerly anglicised as Mount.

Mwnt is known for its popular beach which has been awarded a Green Coast Award (an award similar to a Blue Flag beach Award but for rural beaches). Swimming conditions are considered safe at Mwnt but there is no lifeguard service. The Irish Sea off Mwnt is rich in wildlife, being a regular summer home to dolphins, seals and porpoises.