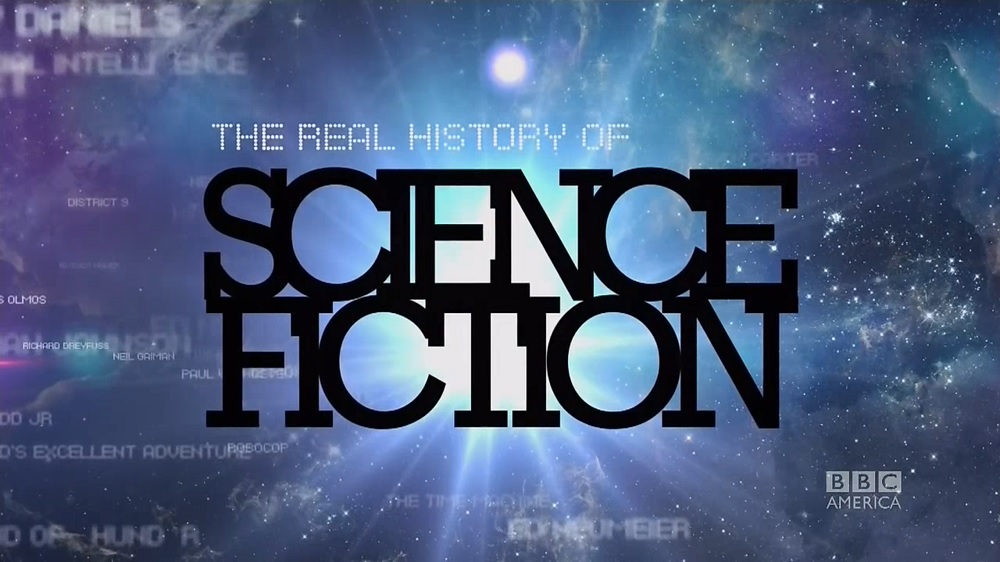 The Real History of Science Fiction

The Real History of Science Fiction episode 3 – Invasion: Dominic Sandbrook continues his exploration of the most innovative and imaginative of all genres with a look at science fiction’s fascination with aliens. But what if we don’t meet aliens in space and instead they come to earth – to conquer us?

Dominic and leading writers and film-makers look at science fiction’s obsession with alien invasion, from all-out assault to sinister hidden threats, and how it has reflected real-life anxieties – whether they be the challenge to Victorian imperial power of HG Wells’s War of the Worlds, the Cold War-era paranoia of Invasion of the Body Snatchers or more recent concerns about racism and immigration in District 9.

And we celebrate the most famous alien invaders of all – the Daleks.

The alien invasion or space invasion is a common feature in science fiction stories and film, in which extraterrestrials invade the Earth either to exterminate and supplant human life, enslave it under an intense state, harvest people for food, steal the planet’s resources, or destroy the planet altogether.

The invasion scenario has been used as an allegory for a protest against military hegemony and the societal ills of the time. H. G. Wells’ novel The War of the Worlds extended the invasion literature that was already common when science fiction was first emerging as a genre.

Prospects of invasion tended to vary with the state of current affairs, and current perceptions of threat. Alien invasion was a common metaphor in United States science fiction during the Cold War, illustrating the fears of foreign (e.g. Soviet Union) occupation and nuclear devastation of the American people. Examples of these stories include the short story “The Liberation of Earth“ (1950) by William Tenn and the film The Invasion of the Body Snatchers (1956).

In the invasion trope, fictional aliens contacting Earth tend to either observe (sometimes using experiments) or invade, rather than help the population of Earth acquire the capacity to participate in interplanetary affairs. There are some notable exceptions, such as the alien-initiated first-contact scenarios in The Day the Earth Stood Still (1951), Star Trek: First Contact (1996) and Arrival (2016). A trope of the peaceful first-contact is humanity attaining a key technological threshold (e.g. nuclear weapons and space travel in The Day the Earth Stood Still or faster-than-light travel in First Contact), justifying their initiation into a broader community of intelligent species.

The War of the Worlds

The War of the Worlds is a science fiction novel by English author H. G. Wells, first serialised in 1897 by Pearson’s Magazine in the UK and by Cosmopolitan magazine in the US. The novel’s first appearance in hardcover was in 1898 from publisher William Heinemann of London. Written between 1895 and 1897, it is one of the earliest stories to detail a conflict between mankind and an extra-terrestrial race. The novel is the first-person narrative of both an unnamed protagonist in Surrey and of his younger brother in London as southern England is invaded by Martians. The novel is one of the most commented-on works in the science fiction canon.

The plot has been related to invasion literature of the time. The novel has been variously interpreted as a commentary on evolutionary theory, British imperialism, and generally Victorian superstitions, fears, and prejudices. Wells said that the plot arose from a discussion with his brother Frank about the catastrophic effect of the British on indigenous Tasmanians. What would happen, he wondered, if Martians did to Britain what the British had done to the Tasmanians? At the time of publication, it was classified as a scientific romance, like Wells’s earlier novel The Time Machine.

District 9 is a 2009 science fiction action film directed by Neill Blomkamp in his feature film debut, written by Blomkamp and Terri Tatchell, and produced by Peter Jackson and Carolynne Cunningham. It is a co-production of New Zealand, the United States and South Africa. The film stars Sharlto Copley, Jason Cope, and David James, and was adapted from Blomkamp’s 2006 short film Alive in Joburg.

The film is partially presented in a found footage format by featuring fictional interviews, news footage, and video from surveillance cameras. The story, which explores themes of humanity, xenophobia and social segregation, begins in an alternate 1982, when an alien spaceship appears over Johannesburg, South Africa. When a population of sick and malnourished insectoid aliens are discovered on the ship, the South African government confines them to an internment camp called District 9.

Twenty years later, during the government’s relocation of the aliens to another camp, one of the confined aliens named Christopher Johnson, who is about to try to escape from Earth with his son and return home, crosses paths with a bureaucrat leading the relocation named Wikus van der Merwe. The title and premise of District 9 were inspired by events in Cape Town’s District Six, during the apartheid era.

A viral marketing campaign for the film began in 2008 at San Diego Comic-Con, while the theatrical trailer debuted in July 2009. District 9 was released by TriStar Pictures on 14 August 2009, in North America and became a financial success, earning over $210 million at the box office. It also received acclaim from critics, who praised the film’s direction, performances, themes, and story, with some calling it one of the best science fiction films of the 2000s, and garnered numerous awards and nominations, including four Academy Award nominations for Best Picture, Best Adapted Screenplay, Best Visual Effects, and Best Film Editing.

The Real History of Science Fiction episode 3 - Invasion: continues his exploration of the most innovative and imaginative of all genres