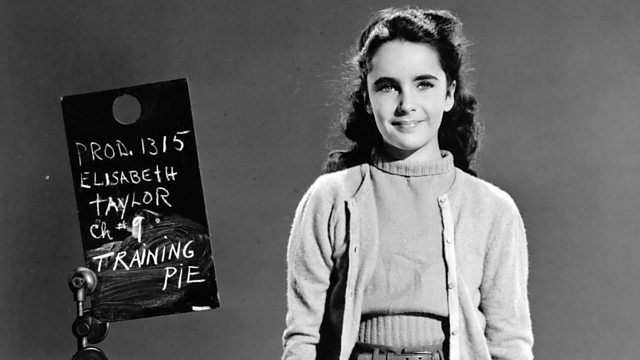 Dame Elizabeth Rosemond Taylor DBE (February 27, 1932 – March 23, 2011) was an English-American actress, businesswoman, and humanitarian. She began her career as a child actress in the early 1940s and was one of the most popular stars of classical Hollywood cinema in the 1950s. She continued her career successfully into the 1960s, remaining a well-known public figure for the rest of her life. In 1999, the American Film Institute named her the seventh-greatest female screen legend of Classic Hollywood cinema.

Born in London to socially prominent American parents, Taylor moved with her family to Los Angeles in 1939. She made her acting debut with a minor role in the Universal Pictures film There’s One Born Every Minute (1942), but the studio ended her contract after a year. She was then signed by Metro-Goldwyn-Mayer and became a popular teen star after appearing in National Velvet (1944). She transitioned to mature roles in the 1950s, when she starred in the comedy Father of the Bride (1950) and received critical acclaim for her performance in the drama A Place in the Sun (1951).

Despite being one of MGM’s most bankable stars, Taylor wished to end her career in the early 1950s. She resented the studio’s control and disliked many of the films to which she was assigned. She began receiving more enjoyable roles in the mid-1950s, beginning with the epic drama Giant (1956), and starred in several critically and commercially successful films in the following years. These included two film adaptations of plays by Tennessee Williams: Cat on a Hot Tin Roof (1958), and Suddenly, Last Summer (1959); Taylor won a Golden Globe for Best Actress for the latter. Although she disliked her role as a call girl in BUtterfield 8 (1960), her last film for MGM, she won the Academy Award for Best Actress for her performance.

Taylor was one of the last stars of classical Hollywood cinema, and one of the first modern celebrities. During the era of the studio system, she exemplified the classic film star. She was portrayed as different from “ordinary” people, and her public image was carefully crafted and controlled by MGM. When the era of classical Hollywood ended in the 1960s, and paparazzi photography became a normal feature of media culture, Taylor came to define a new type of celebrity, whose real private life was the focus of public interest. According to Adam Bernstein of The Washington Post, “more than for any film role, she became famous for being famous, setting a media template for later generations of entertainers, models, and all variety of semi-somebodies.”

Regardless of the acting awards she won during her career, Taylor’s film performances were often overlooked by contemporary critics; according to film historian Jeanine Basinger, “No actress ever had a more difficult job in getting critics to accept her onscreen as someone other than Taylor… Her persona ate her alive.” Her film roles often mirrored her personal life, and many critics continue to regard her as always playing herself, rather than acting.

In contrast, Mel Gussow of The New York Times stated that “the range of [Taylor’s] acting was surprisingly wide”, despite the fact that she never received any professional training. Film critic Peter Bradshaw called her “an actress of such sexiness it was an incitement to riot – sultry and queenly at the same time”, and “a shrewd, intelligent, intuitive acting presence in her later years”.

David Thomson stated that “she had the range, nerve, and instinct that only Bette Davis had had before – and like Davis, Taylor was monster and empress, sweetheart and scold, idiot and wise woman”. Five films in which she starred – Lassie Come Home, National Velvet, A Place in the Sun, Giant, and Who’s Afraid of Virginia Woolf? – have been preserved in the National Film Registry, and the American Film Institute has named her the seventh greatest female screen legend of classical Hollywood cinema.

Elizabeth Taylor’s image is known around the world - she was one of the most famous women in Hollywood.