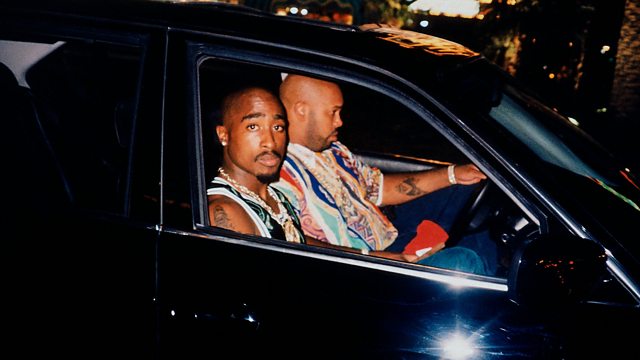 A Life in Ten Pictures – Tupac Shakur: Tupac Shakur’s image is known around the world. He was one of hip-hop’s most photographed figures. But could just a handful of photos uncover new truths about someone we think we already know?

This episode throws a unique lens onto an extraordinary life, focusing on ten defining pictures, from iconic shots to private snaps. Their secrets are revealed by those who were there and those who knew Tupac best.

Tupac Amaru Shakur, better known by his stage name 2Pac and by his alias Makaveli, was an American rapper, songwriter, and actor. He is widely considered to be one of the most influential rappers of all time. Much of Shakur’s work has been noted for addressing contemporary social issues that plagued inner cities, and he has often been considered a symbol of activism against inequality.

Shakur was born in Manhattan, a borough of New York City, but relocated to Baltimore, Maryland in 1984 and then the San Francisco Bay Area in 1988. He moved to Los Angeles in 1993 to further pursue his music career. By the time he released his debut album 2Pacalypse Now in 1991, he had become a central figure in West Coast hip hop, introducing social issues to the genre at a time when gangsta rap was dominant in the mainstream. Shakur achieved further critical and commercial success with his follow-up albums Strictly 4 My N.I.G.G.A.Z… (1993) and Me Against the World (1995).

In 1995, Shakur served eight months in prison on sexual assault charges, but was released after agreeing to sign with Marion “Suge” Knight’s label Death Row Records in exchange for Knight posting his bail. Following his release, Shakur became heavily involved in the growing East Coast–West Coast hip hop rivalry. His double-disc album All Eyez on Me (1996), abandoning introspective lyrics for volatile gangsta rap, was certified Diamond by the RIAA.

On September 7, 1996, Shakur was shot four times by an unknown assailant in a drive-by shooting in Las Vegas; he died six days later and the gunman was never captured. Shakur’s friend-turned-rival, the Notorious B.I.G., was considered a suspect due to the pair’s public feud, but was also murdered in another drive-by shooting six months later in Los Angeles. Five more albums have been released since Shakur’s death, all of which have been certified Platinum in the United States.

In January 1991, Shakur debuted under the stage name 2Pac on rap group Digital Underground’s single “Same Song.” The song was featured on the soundtrack of the 1991 film Nothing but Trouble. His first two solo albums, 2Pacalypse Now (1991) and Strictly 4 My N.I.G.G.A.Z… (1993), preceded Thug Life: Volume 1 (1994), the only album with his side group Thug Life. Rapper/producer Stretch guests on the three albums.

Tupac Shakur’s debut album, 2Pacalypse Now—alluding to the 1979 film Apocalypse Now—arriving in November 1991, would bear three singles. Some prominent rappers—like Nas, Eminem, Game, and Talib Kweli—cite it as an inspiration. Aside from “If My Homie Calls,” the singles “Trapped” and “Brenda’s Got a Baby” poetically depict individual struggles under socioeconomic disadvantage.

US Vice President Dan Quayle partially reacted, “There’s no reason for a record like this to be released. It has no place in our society.” Tupac, finding himself misunderstood, explained, in part, “I just wanted to rap about things that affected young Black males. When I said that, I didn’t know that I was gonna tie myself down to just take all the blunts and hits for all the young Black males, to be the media’s kicking post for young Black males.” In any case, 2Pacalypse Now was certified Gold, half a million copies sold. The album addresses urban Black concerns said to remain relevant to the present day.

Shakur’s second album, Strictly 4 My N.I.G.G.A.Z…, arrived in February 1993. A critical and commercial advance, it debuted at No. 24 on the pop albums chart, the Billboard 200. An overall more hardcore album, it emphasizes Tupac’s sociopolitical views, and has a metallic production quality. It features Ice Cube, the famed primary creator of N.W.A’s “Fuck tha Police,” who, in his own solo albums, had newly gone militantly political, along with L.A.’s original gangsta rapper, Ice-T, who in June 1992 had sparked controversy with his band Body Count’s track “Cop Killer”.

In fact, in its vinyl release, side A, tracks 1 to 8, is labeled the “Black Side,” while side B, tracks 9 to 16, is the “Dark Side.” Nonetheless, the album carries the single “I Get Around,” a party anthem featuring Digital Underground’s Shock G and Money-B, which would render Shakur’s popular breakthrough, reaching No. 11 on the pop singles chart, the Billboard Hot 100. And it carries the optimistic compassion of another hit, “Keep Ya Head Up,” an anthem for women empowerment. This album would be certified Platinum, with a million copies sold. As of 2004, among Shakur albums, including of posthumous and compilation albums, the Strictly album would be 10th in sales, about 1 366 000 copies.

A Life in Ten Pictures - Tupac Shakur: Could just a handful of photos uncover new truths about someone we think we already know?

Frozen Peaks: Mountains create frozen habitats on every continent on Earth, and each of these high-altitude worlds holds unique challenges for its surprising and remarkable life. We begin our journey close to the equator – the furthest point from the poles – in East Africa. Here on the high slopes of Mount Kenya, during the […]