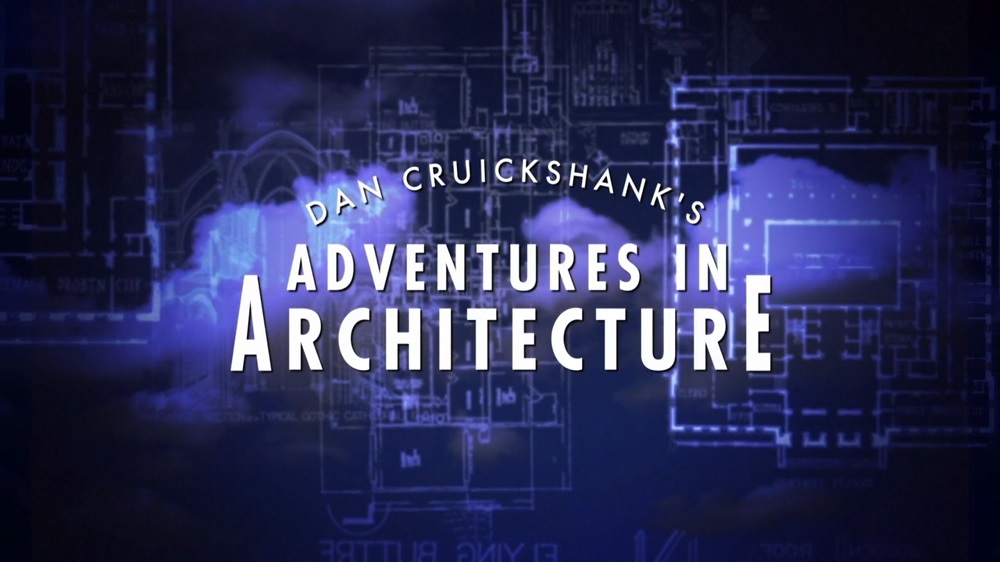 Dan Cruickshank’s Adventures in Architecture episode 7 – Dreams: Architecture is the stuff of dreams. Since building began, architects have tried to build the future, tried to build fantasy worlds, tried even to change humanity by dreams of new inventions in bricks and mortar. Dan continues his travels around some of the world’s greatest buildings.

In Yemen he reveals an ancient city of skyscrapers made of mud – Shibam. Originally named after its ruler King Shibam, the city is now nicknamed ‘the Manhattan of the desert’ due to its astonishing skyline. And in the Dominican Republic, Dan visits Santo Domingo where Spanish invaders dreamed of creating the first grid-style city on the American continent – a model for every modern American city that would follow.

In the hidden kingdom of Bhutan in the Himalayas, Dan experiences the dream of a king to live in the past – so that modern buildings are indistinguishable from those built 500 years before. And he explores how dreams can turn to nightmare in Eastern State Penitentiary in Philadelphia, where society dreamt of reforming criminals into decent men, only to find their techniques made them mad.

Shibam Hadramawt is a town in Yemen. With about 7,000 inhabitants, it is the seat of the District of Shibam in the Governorate of Hadhramaut. Known for its mudbrick-made high-rise buildings, it is referred to as the “Chicago of the Desert” or “Manhattan of the Desert”.

The first known inscription about the city dates from the 3rd century CE. It was the capital of the Hadramawt Kingdom. In the 20th century, it was one of the three major cities of the Qu’aiti Sultanate, the others being Al-Mukalla and Ash-Shihr. The city was listed with the UNESCO World Heritage List, in 1982. In 2008, a tropical cyclone flooded Shibam. During the Yemen Civil War the city suffered some damage after insurgents detonated a car bomb. There was also coalition bombing in the area. In 2015, UNESCO listed the city as “cultural heritage at risk”.

Shibam, which is now a UNESCO World Heritage Site, is known for its distinct architecture. The houses of Shibam are all made out of mud brick, and about 500 of them are tower blocks, which rise 5 to 11 storeys high, with each floor having one or two rooms. This architectural style was used in order to protect residents from Bedouin attacks. While Shibam has been in existence for an estimated 1,700 years, most of the city’s houses originate from the 16th century. Many (Adventures in Architecture episode 7), though, have been rebuilt numerous times in the last few centuries.

Shibam is often called “the oldest skyscraper city in the world”. It is one of the oldest and best examples of urban planning based on the principle of vertical construction. The city has some of the tallest mud buildings in the world, with some of them over 30 m (98 feet) high, thus being early high-rise apartment buildings. In order to protect the buildings from rain and erosion, the walls must be routinely maintained by applying fresh layers of mud. The city is surrounded by a fortified wall, giving it the name “the walled city of Shibam”.

Santo Domingo once known as Santo Domingo de Guzmán, is the capital and largest city of the Dominican Republic and the largest metropolitan area in the Caribbean by population. As of 2010, the city had a total population of 2,908,607, when including the metropolitan area. The city is coterminous with the boundaries of the Distrito Nacional (“D.N.”, “National District”), itself bordered on three sides by Santo Domingo Province.

Founded by the Spanish in 1496, on the east bank of the Ozama River and then moved by Nicolás de Ovando in 1502 to the west bank of the river, the city is the oldest continuously inhabited European settlement in the Americas, and was the first seat of the Spanish colonial rule in the New World. Santo Domingo is the site of the first university, cathedral, castle, monastery, and fortress in the New World. The city’s Colonial Zone was declared as a World Heritage Site by UNESCO. Santo Domingo was called Ciudad Trujillo, from 1936 to 1961, after the Dominican Republic’s dictator, Rafael Trujillo, named the capital after himself. Following his assassination, the city resumed its original designation.

The Eastern State Penitentiary, also known as ESP, is a former American prison in Philadelphia, Pennsylvania. It is located at 2027 Fairmount Avenue between Corinthian Avenue and North 22nd Street in the Fairmount section of the city, and was operational from 1829 until 1971. The penitentiary refined the revolutionary system of separate incarceration first pioneered at the Walnut Street Jail which emphasized principles of reform rather than punishment.

Notorious criminals such as Al Capone and bank robber Willie Sutton were held inside its innovative wagon wheel design. James Bruno (Big Joe) and several male relatives were incarcerated here between 1936 and 1948 for the alleged murders in the Kelayres massacre of 1934, before they were paroled. At its completion, the building was the largest and most expensive public structure ever erected in the United States, and quickly became a model for more than 300 prisons worldwide.

The prison is currently a U.S. National Historic Landmark, which is open to the public as a museum for tours seven days a week, twelve months a year, 10 am to 5 pm.

Cruickshank's Adventures in Architecture episode 7: Architecture is the stuff of dreams, since building began, architects have tried to build the future