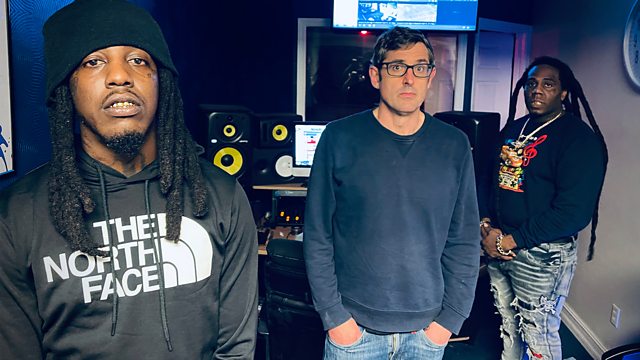 Rappers have long mined their lives for inspiration to create and promote their music, but in the Sunshine State, some of the biggest artists stand accused of participating in the lawlessness their music describes. Raising the stakes is the 24-hour connectivity of social media, a world where the importance of record sales has been surpassed by streams and likes.

Louis spends time with a number of artists achieving success through self-promotion on social media – from those playing out fierce rivalries online to those live-streaming their often violent and chaotic lifestyles. Whilst drawing in an ever-growing fan base attracted to its unvarnished portrayal of real-life struggles and hardship, this content has also drawn the attention of the authorities, who see it as evidence of criminals engaging in ‘illegal gang activity’. Louis meets those at different stages of their quest to become the latest rap superstar, from those who have risen fast to those who have fallen hard.

Rapping is a musical form of vocal delivery that incorporates “rhyme, rhythmic speech, and street vernacular”, which is performed or chanted in a variety of ways, usually over a backing beat or musical accompaniment. The components of rap include “content” (what is being said), “flow” (rhythm, rhyme), and “delivery” (cadence, tone). Rap differs from spoken-word poetry in that it is usually performed off time to musical accompaniment. Rap being a primary ingredient of hip hop music, it is commonly associated with that genre in particular; however, the origins of rap predate hip-hop culture by many years.

Precursors to modern rap include the West African griot tradition, certain vocal styles of blues, jazz, 1960s African-American poetry and Sprechgesang. The modern use of rap in popular music originated in the Bronx, New York City in the 1970s, alongside the hip hop genre and cultural movement. Rapping developed from the role of master of ceremonies (MC) at parties within the scene. They would encourage and entertain guests between DJ sets, which evolved into longer performances.

Rap is usually delivered over a beat, typically provided by a DJ, turntablist, beatboxer, or performed a cappella without accompaniment. Stylistically, rap occupies a gray area between speech, prose, poetry, and singing. The word, which predates the musical form, originally meant “to lightly strike”, and is now used to describe quick speech or repartee. The word had been used in British English since the 16th century. It was part of the African American dialect of English in the 1960s meaning “to converse”, and very soon after that in its present usage as a term denoting the musical style. Today, the term rap is so closely associated with hip-hop music that many writers use the terms interchangeably.

Bake Off: The Professionals episode 1 2022

Bake Off: The Professionals episode 1 2022: Liam Charles and new-co-host Stacey Solomon present the return of the Channel 4 baking challenge with knobs on, as patisserie teams from establishments in Manchester, Cumbria, Wiltshire, Birmingham and London compete to be crowned the best in Britain. To kick things off, no-nonsense judges Benoit Blin and Cherish […]

Chelsea Flower Show episode 5 2022: Emotions are running high at Chelsea as the all-important medals are revealed. Monty Don and Joe Swift bring us the highlights of the garden awards, while Carol Klein shares the triumphs of the Pavilion medals.     Textile queen Cath Kidston joins us on a garden she’s helped to […]

Chelsea Flower Show episode 4 2022: It’s Medals Day at Chelsea, and Angellica Bell and Nicki Chapman kick-off our coverage with an overview of this year’s big winners. Toby Buckland brings us the hottest design tips to give our gardens some Chelsea magic for summer entertaining. Derry Girls star Siobhan McSweeney makes her first trip […]

Secrets of Size episode 1 – Atoms to Supergalaxies: What would the universe look like if you were a billion times smaller or a billion times bigger? In this mind-bending series, Jim Al-Khalili will look at the universe across its vast range of size, ranging from the tiniest objects measuring just a few atoms, to […]

Lost Kingdoms of South America episode 1: Archaeologist Dr Jago Cooper embarks on an epic journey into the remote Peruvian Andes in search of the mysterious Chachapoya people. Once numbering half a million, they were known as the ‘People of the Clouds’. Dr Cooper reveals how they developed sophisticated methods of recording stories, traded in […]